I've been back from Africa for about a week now and to be honest, it's been hard being back. We did a lot of different things in Africa but there were a few that had a huge impact on me when coming back to America.

The first was one of the "orphanages" we visited; Shewula. This orphanage was more like a primary where the young children would come to learn a lesson or two and then leave to go back to their homes where they would not go back to parents, but older siblings to take care of them (not all, but most). We went there to play with the children, give small gifts and feed them lunch. The children looked very confused when we first arrived. You could tell these were very unfortunate children. Some of them were not even wearing pants or underwear. The kids that did have clothes on had clothes with many holes in them. A lot of us had wished we would have brought clothes instead of toys but we had no idea what we were walking into.

The kids didn't look excited to see us or happy at all. The teachers had them line up and then had a few choose who they wanted to go to. One child came to me and I sat down and opened up some play dough that we had brought. The child had no idea what it was so we tried to show them how to play with it. We eventually broke out the balloons which they had tons of fun with! They loved just carrying them and hitting them. One child got really attached to me and kept hitting the balloon at me until I would hit it back and forth with him. This went on until lunch. After we played for a while with them all, it was time for lunch. Before I talk about lunch, I have to inform you that these kids were very unhealthy from not eating very much. They were all very bloated and had discolored hair. For lunch we made pap, (corn meal and water) which is their main source of food, and a small piece of chicken. We filled the plate with pap and handed the plates out to the kids. Us SUU students got our food last and I was serving so I didn't go in to sit with the students until they were half way done eating already. When I went in to sit down, a lot of the students already had finished their entire plate and were scraping the bones clean of chicken. They were eating every crumb off the plate and the floor. One child was in front of me eating, and another child had finished his food and came over to the first child's plate and began taking everything of his, his chicken, pap and even his drink. This was very hard to watch. All of us SUU students eventually ended up giving all our food to the kids who had finished their food. We couldn't stand to eat when they were starving. After lunch, we went outside and taught them how to brush their teeth. Some of the SUU students had gotten toothpaste and toothbrushes donated so we handed those out. We also had a lot of little toys left such as bracelets, toy cars and bouncy balls that we handed out. We then tried our hardest to put on strong faces and smiles as we said our goodbyes to the kids. I truly believe we made a difference that day. The children were a lot more happy at the end of our visit than when we first got there. It was really rewarding and sometimes I just have to think about how happy we made them rather than how unfortunate they are. 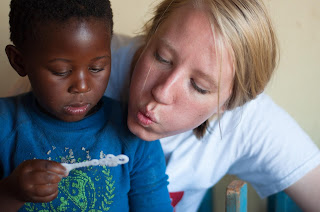 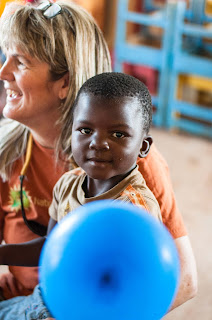 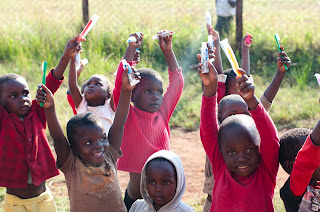 Shewula definitely hit us the hardest. For me, Shewula is a place I have thought of every day since I've been back. It is really difficult to hear people say things like "so are there really starving kids in Africa?" I respond with "yes, it is true." Then they proceed to joke about it or say "that sucks, while we are here eating all this great food right now." Why would you joke about that? Situations like this, since I've been back, have been really difficult to deal with. Another thing is just the small comments college students make about needing to go shopping because they don't like any of their clothes or how much they hate their job, ect. I can't blame them because this is how we have lived our whole lives; blessed beyond measure. I wish everyone could have had the same experience as I had at Shewula but the only thing I can do right now is educate people about how some parts of Africa really are and get others to go over there and do their part.

The second thing that I think about almost daily now are two conversations I had about water. We went to a refugee camp to help a couple from the Peace Corp (read their blog here) organize their library. A high school graduate, Augustine, came in to talk with us and I got into a pretty good conversation with him. At first we just talked about school and American and African differences. Then I asked about food and what they eat and he just said they rely on crops and they haven't had a lot of rain lately so the crops haven't been doing very well. I had no idea what that meant and kept asking "so what do you eat when the crops die?" He never really answered me and then I realized that there isn't an answer because they literally have nothing when they don't have crops. Katherine from the Peace Corps chimed in and explained more to me; if there is no rain, they have no water for the crops and if the crops die, the cattle have nothing to eat and then the people have no cattle to sell for food. It is all a big cycle that is centered around water, which they have very little of. 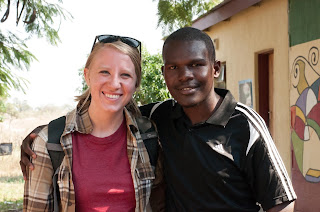 Right after we finished organizing the library we walked over to a little school where the Peace Corps couple teaches. We stood in on a lesson, which was about AIDS and HIV. We went out to the field where they played a game to show what AIDS and HIV are and how they affect the body. These students were about thirteen years old. I was standing next to one thirteen year old boy that kept asking me questions about how old I was, (he thought I was forty!) if I was married and other questions about America.

With every one of my answers, the boy seemed more and more shocked.
This conversation really got me thinking about how easy it is for us to get water. There wasn't a single person while I was in Africa that I saw with a water bottle or a cup with water. In order to have water, the women will walk to a water source (usually a lake type thing from what I saw) and fill buckets with water and carry it miles back to their homes to use for that day/week. Americans really don't understand how lucky we are. 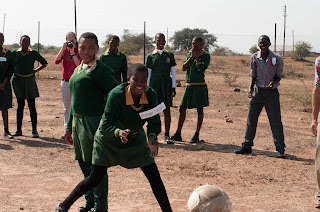 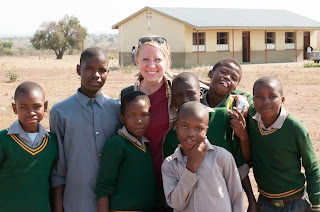 Before I went to Africa, everything I ever heard about it was just something I heard about it, if that makes sense. Yeah, there are poor people in Africa, and starving children and safaris and it's hot...blah blah. But it was a real awakening when I went there and it was all real. It wasn't just words anymore but real experiences embedded in my heart forever. So now, when I hear Americans talk about pointless things, it really takes a toll on me. It will be a hard adjustment to get used to living here again. I know I was only gone for three weeks but it was three weeks of lifetime experiences that I will never forget. So the next time you go to a restaurant, be aware of how your water glass is never empty, and just know how lucky you are. Or maybe be grateful for having a plethora of options in what to wear that day. Just know how lucky you are to live in America, and do anything you can to help any less fortunate person. Please.
*Sorry for the lack of pictures, it is taking me forever to go through all of mine.
Labels: Africa, life-changing, Travel
Newer Post Older Post Home